Please provide a valid reason before reverting/replacing the images. For example here, Kenji-girl is the leader of Project anime. Therefore, she has the power to veto. Unless you have a valid reason to revert an image, please do not edit-war. Thank you. Adyniz — Wanna talk? 10:45, 30 November 2012 (UTC)

I've been looking through your contributions page at a number of pics you uploaded and most- and I'm willing to bet almost all of them have very visible logos. If you can, please fix them. And when responding, please add 1 colon at the start of a response or in front of any other colons added before. --Hmdwgf (talk) 01:30, 18 March 2013 (UTC)

Quoted from the Manual of Style, Screenshots with watermarks or text on them should particularly be avoided. The last batch of Dare Da images you uploaded all had watermarks in them which make the images unsatisfactory. In the future, please try to avoid uploading anime screenshots that still have a watermark, or other unwanted text in them. Thank you. --Pokemaster97 17:07, 23 June 2013 (UTC)

Which one has Ash with brown eyes? You meant this one? Because the one you and recently sent to me has Ash with black eyes, which is the actual error. Thanks for noticing that.

No. You got it wrong! If you use paint progam and the print screen button, you'll see he haves brown eyes. This one

Hi, I want to ask you, are you sure that errors like these ones are noteworthy? I believe it's a little bit excessive to put errors like those because it's just masks; we're not sure if the animators really messed up the colors or designs, since they don't have to follow character models or Pokémon anatomy design with objects. Take as example the infamous green Pidgey clock that isn't listed as an error. --Gabo 2oo (talk) 15:06, 9 November 2013 (UTC)

Yes! But in BW082 Pignite does have different pupil design, when Ash and his friends are seating on the theater in Pokewoods, and BW134, when the Pokemon Sumo Tournament is about to begin, Slaking's eyes are beige, not brown, expect its scleras. I'm not fooling you at all, I'm telling you the truth. It's just the animation errors. Pikachu65 (talk) 15:16, 9 November 2013 (UTC)

OK. I'll do it. - unsigned comment from Pikachu65 (talk • contribs)

One last thing, a bit off-topic. When responding to comments, please use a colon (:) in front of your comment, so as to indent the conversation. If there's already a colon in the previous comment, add another colon. If the conversation deems to be too long, you may comment without the colon so long as you mention that it's reset. ht14 15:32, 13 November 2013 (UTC)

Ummm... sorry, but are you aware that I disagree on adding a considerable amount of errors of yours, right? I mean, since you started catching them, I noticed that eyelashes errors are waaaay too common for all of them to be listed. Half of the anime pictures we have here would be about eyelashes errors if we list all of them, it's kinda like the animators not even trying instead of making mistakes. Other kind of stuff I'd rather not add are errors like this or this, as off-model characters and undetailed coloration are bound to happen when the characters are far away from the screen.

To be honest, I haven't been searching for errors lately because I don't want to edit them since I would conflict with what you add, as I don't think every single "error" in an episode should be listed, just noticeable ones. I don't want to disturb you with my skepticism so that's why I'm leaving you to do the error listing by yourself, as I noticed it would be better, after arguing with you about the mask errors from BW133 or the errors from BW063. --Gabo 2oo (talk) 01:57, 19 December 2013 (UTC)

Hello, and thanks for your collaboration in Archives regarding errors in the anime. However, many of the screenshots that you have provided are non significant errors. The most significant ones should be miscolored segments, like part of Jessie's glove to her skin color instead of black and the swapping of Pikachu's tail color pattern. Overly specific things like having more or less eyelashes than usual are not considered errors, and should not be spent time on. It's stated in the Manual of style now. So, please upload significant errors from now on, thank you. Masatoshi talk 15:08, 19 December 2013 (UTC)

I know! But it's the animators' fault that they made some mistakes!. That doesn't count at all. Next Time I will add normal animation erros, not eyeslashes and more, got it? Pikachu65 (talk) 16:14, 19 December 2013 (UTC)

Excuse me, but who gave you permission to upload the lipstick error? You were instructed not to upload images of those nature until you had checked with an Administrator, just leaving a message with no response does not count. Your image will be marked for deletion and most likely deleted until you do so. --Pokemaster97 19:14, 31 December 2013 (UTC)

While this is an animation error indeed, you must take into account that with a long-running series, will come plenty of errors, it's hard to mantain the same quality over the years, instead of quarterly series, for example. Some of them are so indistinguishable that we feel are not needed in the site; lipstick and polka-dot noses are such errors. These two pictures were previously uploaded by you, and subsequently deleted by me following the same logic I stated here. I would request that you focus on greater errors such as the ones you uploaded and I mentioned in my previous comment, and avoid the reuploading of deleted files. Thank you. Masatoshi talk 19:37, 31 December 2013 (UTC)

I've already sent the messages to the Administrators, Kogoro and Keiji-girl about this case, but they're not responsing at all. Let's just wait until they anwser me about this. Pikachu65 (talk) 19:58, 31 December 2013 (UTC)

Firstly, start indenting your comments, please. You can use the colons (:) before your message so that your paragraph is indented. Secondly, stop reuploading previously deleted files. I've already given you my reasons and you're failing to listen. If you keep failing to comply, you may face a short block. If you have something you want to do and need Kogoro's reply, please do not do it until she replies and gives her decision. Masatoshi talk 21:24, 31 December 2013 (UTC)

They will for sure comment me that they are the errors after all, so I will have to reupload them, no matter what. But right now, let's just wait and śee until they response me. Got it? Pikachu65 (talk) 21:41, 31 December 2013 (UTC)

I'll have to ask you again to indent your comments with a colon mark, by pressing the : key. The eyebrow picture is an undistinguishable error, it's what I told you about long-running series and their inability to see this kind of mistakes and fix them before being broadcasted, they're not relevant enough. As for the Alexa picture, it is a miscolour but it's rather unnoticeable. If you can't find a more important error in this episode than this frame, you can upload this. Only if you can't find a greater error than this. Masatoshi talk 17:29, 5 January 2014 (UTC)

It's true, but I did found Burgundy's picture with her eyebrows draw with thin eyebrows like everyone's eyebrows, except for Ash back then. I think Clemont's right eye pictue that was deleted before because his right pupil is missing a black circle inside of it, while it's leaving only a circle lines there, so it's not colored at all. It's hard to decice which one is a eror or not since those eyeslashes, lipsticks, pupils and more are so unnoticeable to find one - they are just the significant errors, and we don't need this kind of junk on Bulbagarden anymore! I remember that sometimes the lipsticks and the eyeslashes errors are corrected on Japanese DVDs, the same goes to the animations, when some of them got the bad, ugly, and wrong designed animations that was shown on TV, but some of them are getting reanimated on DVDs so they will look much better. I'm glad they fixed Aerodactyl's leg error and more, ' cause on Japanese DVD this error doesn't appear no more but with fixed one. 20:41, 5 January 2014 (UTC)

Um, I'm sorry, but I'm having trouble trying to understand your point. Would you mind rephrasing your text so that I can understand it and help you a bit more about errors? Masatoshi talk 21:01, 5 January 2014 (UTC)

I'm saying that some of the errors from the episode that was shown on TV are sometimes corrected on Japanese DVDs~, and the animations too. Pikachu65 (talk) 21:23, 5 January 2014 (UTC)

It would help if you actually told me which one is from a DVD, which ones are edited by you (I saw Jenny's and Zigzagoon's), and which are unedited. From what I can tell, the shadow in Skyla's hair could be a legit error, as well as her turtleneck size and thickness. You'll have to clarify each of them. Also, please stop uploading pictures of errors with eyelashes (not eyeslashes, by the way). Those aren't notable. Masatoshi talk 12:26, 16 January 2014 (UTC)

Yes, I won't! Eyeslashes cannot be used, that's why. Well, the left one is a TV version, and the right one is a DVD version and edited by me or vice verse. Take a look on Jenny and Zigzagoon and the other one again, and you'll see. So, can these one be used as the errors or not? Pikachu65 (talk) 12:33, 16 January 2014 (UTC)

You have already reuploaded two files that were previously deleted by the staff, which is unacceptable and, if the behavior is maintained, you may face a block. You need to wait for the person involved to reply back after challenging their deletion, since this comes off as being impatient. You now have my reply at my talk page. Thank you. Masatoshi talk 01:34, 25 January 2014 (UTC)

Instead of linking a Pokémon to Pokémon's name (Trainer's name), you should link it to Trainer's name's Pokémon name such as Clemont's Chespin which is the correct way instead of Chespin (Clemont). Also, categories go to the bottom of the fairuse template. Pattyman (talk) 19:24, 6 March 2014 (UTC)

Please do not ask users to edit for you, especially if you are blocked from editing. This is seen as block evasion and will lead to an increase to your block. If you don't want your block lengthened, I suggest that you don't ask anyone to do edits for you. Thank you.--Force Fire (talk) 12:36, 20 March 2014 (UTC)

This XY068.png image is better.

This image is smaller in file size and a bit better quality. Please download and upload this new version (because I am not yet autoconfirmed): http://postimg.org/image/pgrk2drlz/ (To download this file, right-click and click "save image as...". Then upload this image to Bulbagarden Archives.)Pokéfan95 (talk) 06:51, 10 April 2015 (UTC)

May I know where you got those "artworks"? Because they look extremely similar to fanworks from deviantart. Please don't just believe every artwork you see on the internet as actual official artwork.--Force Fire (talk) 04:51, 18 October 2015 (UTC)

I know, I will remember. How about these one? 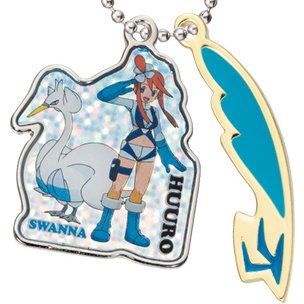 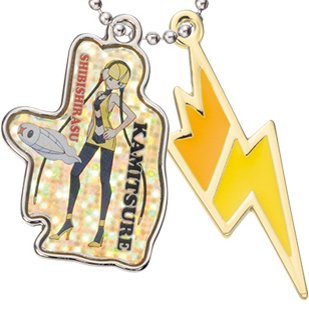 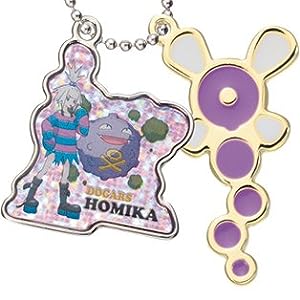